A Tale of How To Cut Airline Costs at American

Last night on CNBC, viewers got a chance to get up close to what it’s like for a week in the life of American Airlines. Host Peter Greenberg interviewed Ed Crandall, former CEO of the airline, who told a story about cost cutting.  He said they were reviewing the budget for a small island, and after looking at all of the costs, Crandall pointed to a five-day a week post as night watchman. “Can’t we cut that, how about paying him to come in three nights a week instead of five. The bad guys won’t know which nights he has off.”

The following year they once again were facing cuts, and he told the manager at the island outpost he had to cut again. “That night watchman. We’re paying him three nights, why don’t we replace him with a big scary dog. ” So they found a suitable dog who growled enough and let him roam the grounds at night, saving the cost of the 3-nights a week watchman.

The year after that, Crandall once again had to cut costs. “So I suggested we only use the dog three nights a week….hey, the bad guys won’t know which nights he is there. ” Later they decided to simply record the dog growling a lot, and used the tapes to make burglars think that they were still paying  for that guard dog. 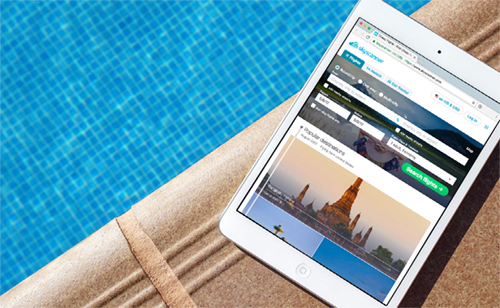 Where Can I Find the Best Travel Deals?

Even the Man In Charge Loses His Luggage