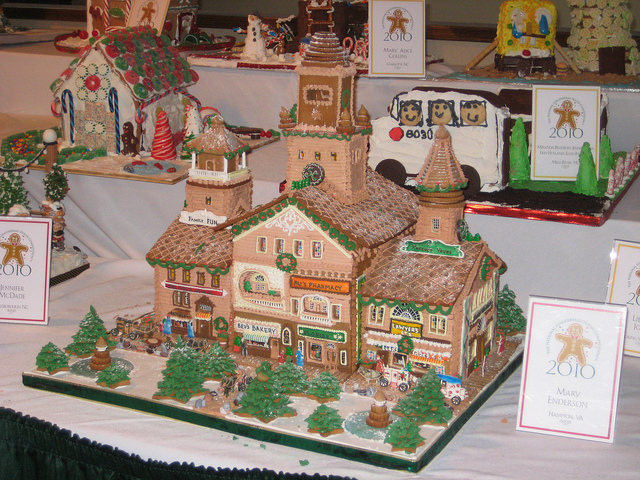 If ever there was a holiday not to be toyed with, it’s the one falling on the fourth Thursday of November. We’re rather sweet on our tried-and-true traditions, so when a restaurant steps out of the box and adds a new element to the Turkey Day proceedings, we raise a glass of something sparkling to their boldness and creativity. Here are five places around the country that love all that Thanksgiving gives while giving patrons a little something extra.

Plimouth Plantation
Even if we think we’re being incredibly old-fashioned in our Thanksgiving meal preparation, we’ve probably taken on a few modern practices. To see how that legendary first Thanksgiving went, and to gain some knowledge along the way, a certain Massachusetts destination much associated with the Pilgrims serves up a faithful feast. There are several slots on Thursday and Friday, and they do fill up, no surprise.

Turquoise Room
The quaint, train station-adjacent restaurant inside Winslow, Arizona’s La Posada Hotel still has that ‘30s railway charm, but the menu is gourmet. More than that, it is deeply local: Piki Bread with Hopi Hummus, Holiday Tamale En Nogada, and a Southwestern Caesar are Thanksgiving Day staples (turkey’s on the offering, too). Be sure to walk outside on a post-dinner stroll to wave at the trains before hitting old Route 66 for the ride out.

TGD
There are those that like the holiday table classics 365 days a year and not just on that fabled November Thursday. Their go-to spot? TGD, which happens to be short for Thanksgiving Dinner. Green beans, ham, sweet potatoes, pumpkin pie, and a certain bird, plus all the classic trimmings, are what this casual eatery is about. There are two TGDs, both in Ohio.

Corner Office
We’re all aware of Black Friday, certainly if we hit the shops mere hours after we wash all the pots and pans. But Black Wednesday happens to be the lesser known celebration before T Day, and it has a bit of merry mischief about it. This cheeky, hip Denver eatery goes all out for its Wednesday night Turkey Time Machine Party. JELL-O shots, cola-glazed ham, ‘90s tuneage, and a deviled egg flight are on the roster.

Have you ever been to one of these turkey-fests? Got a favorite go-to restaurant for this foodiest of holidays? Tell us about it in the comments!

How About Chile for Your Next Vacation?