How Much Do Americans Spend on Holiday Travel? 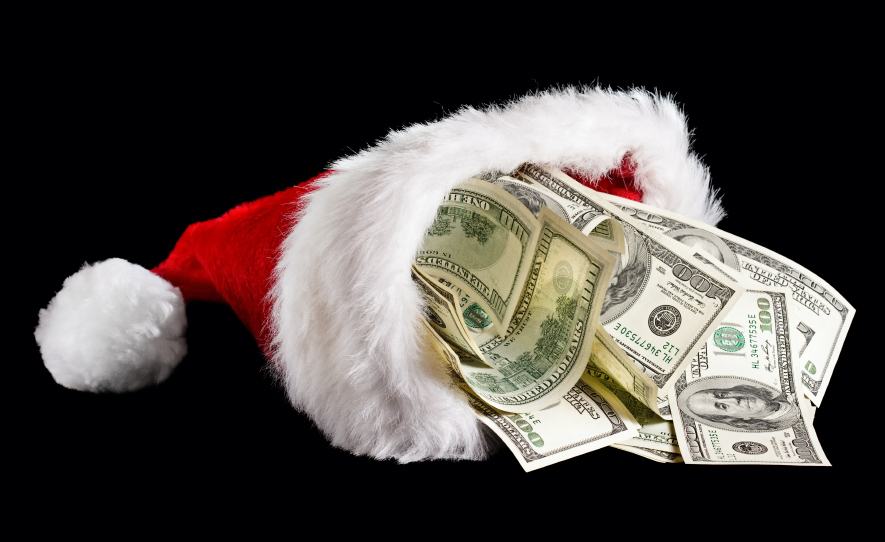 With much of the media fanfare focused on gift and entertainment spending during the winter holiday season, you may not realize that Thanksgiving and year-end holidays are also the busiest travel times of the year. In 2012, Americans collectively spent $14 billion on Thanksgiving travel expenses and $58 billion on year-end holiday travel, according to data from the third annual Hotwire.com American Travel Behavior Survey.
Tracking Travel Prices

In comparison to the previous year, the survey reports a rise in travel costs across the board for 2013 Thanksgiving and year-end trips. For example, average holiday hotel rates reflect a 3-4 percent upgrade, airfares for holiday flights are up 6-8 percent overall and car rental costs are 4-7 percent higher than the previous season.

By planning ahead, however, you can keep your travel expenses manageable during the holidays. You can save up to 20 percent on airfare by traveling on Thanksgiving Day or Christmas Day. This season’s busiest travel days, including Dec. 21 and Dec. 28, are also the most expensive in terms of ticket costs. In addition, booking early – prior to Labor Day, if possible — is essential for getting the best deals.

Your location may affect the airfare you pay too. Prices reflect higher demand in the nation’s busiest airports, including Chicago’s O’Hare, LA International, San Francisco International, Boston’s Logan and La Guardia in New York City. The same is true for traveling from smaller airports because you may have to add on a short flight to get to a larger hub, so you should budget a bit more for your plane tickets.

If you do intend to fly over the holidays, be sure to figure in airport parking. Average rates range from $3 to more than $20 per day, depending on your proximity to arrival and departure gates, and parking lots fill up quickly, so it’s best to make airport parking reservations as soon as you’ve got your flights booked.

If you are like the vast majority of Americans, however, you travel by car during the holiday season. AAA reports that 90 percent of the traveling population will be driving themselves to their destinations this year. That amounts to 39.1 million people during Thanksgiving week alone. According to AAA, the average family spends just under $500 on each holiday trip and drives an average distance of 588 miles.

Year-end holiday travelers total approximately 92 million, with about 83 million Americans opting for automobile transportation. A decreasing trend in the price of gasoline nationwide bodes well for holiday car trips. Gary Strauss of USA Today reports that prices could drop to an average $3.15 per gallon by December, their lowest holiday season level since 2010.

If you opt to rent a car, plan to spend between $35 and $65 per day. Shopping for a deal in advance can save you up to 66 percent in rental fees, according to a DailyFinance.com report.

The Cost of Staying Away

The cost of your holiday accommodations is also a factor you should budget for. The majority of Americans stay with the family or friends with whom they intend to celebrate the season. However, when free beds are unavailable, plan to spend an average of $100 for a mid-range motel room in a smaller town. In larger urban centers, acceptable lodgings typically start at twice the price — around $200 — according to lonelyplanet.com.

For many Americans, traveling to the homes of friends and family is all part of the holiday tradition. You can ensure that your family arrives on time and on budget by paying attention to travel cost trends and booking well in advance of the season.

Choose Off Airport Parking When Traveling From Boston-Logan International Airport

4 Tips to Take the Stress Out of Itinerary Changes

Off Airport Parking The Ideal Choice for Women Traveling Alone