Denied Boarding Due to an Overbooked Flight? Here’s What You Need to Know 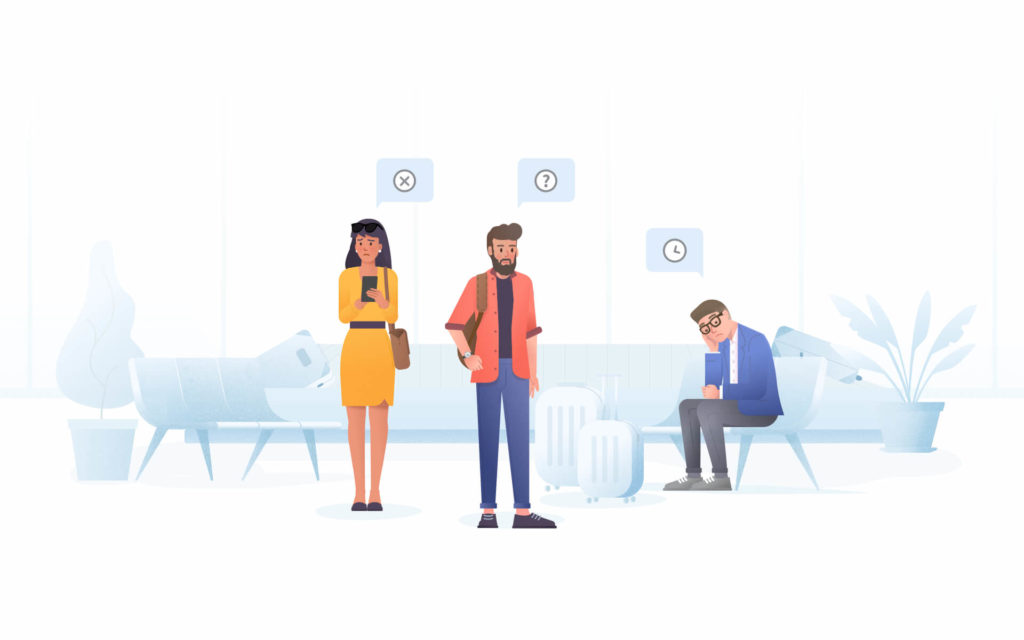 Here’s what the lead-up to a perfect trip looks like. You find an affordable ticket to your dream location. You purchase the ticket. On the day of your flight, you arrive at the airport, board the plane and fly blissfully into fluffy white clouds.

However, not all travel stories have this happy ending. Sometimes, you can pay for the ticket, arrive at the airport, go to check-in and be told that you cannot board the plane because there are no more seats available. What? How can this happen when you’ve paid for your ticket, entitling you to a seat? What happened is a classic overbooking situation.

Overbooking is what happens when an airline sells more tickets than the actual number of seats on their plane.

Why Do Airlines Overbook?

The reasoning behind why airlines overbook actually makes sense. Even though passengers purchase tickets to secure a plane seat, not all passengers show up on the day of the flight, leaving empty seats. Because it doesn’t make sense for airlines to regularly fly with empty seats, airlines commonly oversell flights to compensate for no-show passengers.

The overbooking problem arises when an airline miscalculates and all ticketholders show up at the boarding gate. When this happens, even though every passenger has paid for their seat, there will not be enough seats for everyone to board the plane. Certain passengers will be denied boarding.

But it doesn’t end there—just because it makes financial sense for an airline to oversell their flights does not mean you need to bear the brunt of their miscalculations.

Before we go into more detail about compensation, let’s discuss the 2 situations that can occur when a flight is overbooked.

This is when an airline asks passengers to voluntarily give up their seats and fly on a later flight. To sweeten the deal, the airline will offer compensation or benefits. It might be an upgrade, cash, points or travel vouchers.

Passengers who volunteer to be bumped from their flights cannot later claim cash compensation for denied boarding – so make sure the perks you get are worth it.

If an airline cannot get enough people to be voluntarily bumped off an overbooked flight, the airline can refuse boarding to a set number of people. Each airline has its own policy for how denied passengers are designated.

In this scenario, passengers can be entitled to denied boarding compensation under US and EU legislation.

Getting Compensation for Involuntary Denied Boarding

Did you know on domestic and international flights, if you are denied boarding because your flight is overbooked, the laws in the US and EU could entitle you to cash compensation?

In regard to overbooking, US legislation protects flights with US carriers between US cities and international flights that depart from the US.

The Department of Transportation has deemed that passengers originating from the US can be compensated for denied boarding. The compensation starts at 200% of the ticket paid price and goes up to $1,350.

To be eligible for compensation:

Remember that if you voluntarily give up your seat, you forego your right to compensation under US legislation.

Filing a claim against an airline can seem like a daunting task. The good news is that AirHelp specializes in fighting for air passenger rights in situations just like this, making sure that travelers get their money back when their flights are disrupted.

To make a claim when you’ve been denied boarding involuntarily, simply enter your flight details here and we will do the rest.

When it comes to flight mishaps like denied boarding, it’s essential to know your rights so you’re not short-changed by the airline.

But there’s more to it than that—it’s one thing to know if you are eligible to claim compensation under EU and US law. However, the next step is knowing the best way to make that claim.

You’ll be relieved to know that as well as the protection US legislation offers, you have options if you happen to be on an international flight headed to Europe. AirHelp can greatly assist travelers who have been unfortunate enough to suffer a travel mishap like being denied boarding.

Biki John is an air passenger rights expert at AirHelp.

They Treat You Right When You Choose Off Airport Parking