Whether you travel for business or personal reasons, if you’re a frequent flier, it’s important to get the most bang for your buck when it comes to saving on flights. You also should be rewarded for all that inflight time. But with all the frequent flier programs out there, it’s tough to figure out which one will give you the most for your miles.

Don’t be overwhelmed by the glut of frequent-flyer-program information – we’re taking the guesswork out of the equation. Read on to learn about some of the best frequent-flyer programs out there! 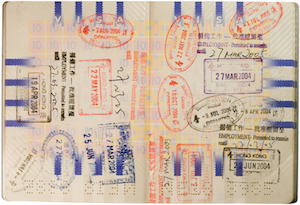 Southwest Rapid Rewards: If you are a domestic traveler, Southwest Rapid Rewards — which was named the best frequent-flyer program both in U.S. News & World Report and Huffington Post — might be for you. For flyers based in the southwestern United States who regularly travel around the good ol’ USA, this program offering rewards with no blackout dates and no expiration could be perfect for you.

United MileagePlus: Sneaking up on the heels of Southwest’s program is United MileagePlus, which boasts 1,100 destinations worldwide, and rewards that not only can go towards future flights but also hotel stays and train fare. This program is great for those who travel so often that not having a suitcase with them feels weird.

British Airways: British Airways has one of the best frequent-flyer programs for expensive short-distance flights, but the carrier also is a friend to international travelers. Since British Airways’ Avios points are distance-based, you can snag some pretty fantastic deals. From the West Coast to Hawaii and New York to London, this program is sure to have you racking up miles and saving big.

Delta SkyMiles: If you’re conveniently located in a central or southern U.S. city like Atlanta, Cincinnati or Memphis, Delta SkyMiles might be the best frequent-flyer program for you. If you also find yourself flying to New York City often, Delta SkyMiles can help you earn some fun travel perks. An added bonus is that Delta works closely with Starwood Hotels, which can save you money on hotel chains around the world such as Sheraton, Westin and St. Regis.

Pick one of these frequent flier programs before your next flight and make sure you’re racking up miles and earning some amazing travel rewards.

And while you’re at it, make sure to reserve your airport parking, too. Visit us at AirportParkingReservations.com and book your spot today!

Can Southwest Make Enough in Goodwill by Not Charging Bag Fees?

Why are Flights So Expensive?