The State of In-Flight Wifi 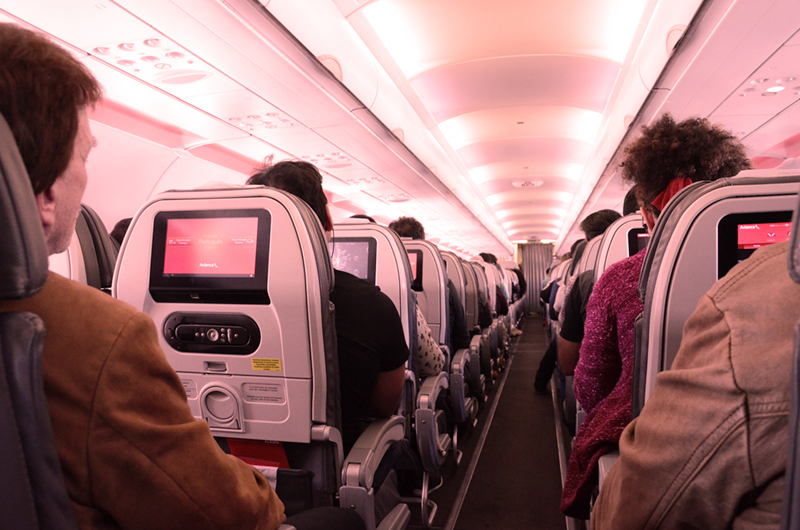 If you’ve ever tried getting some work done while on a flight, you’ve probably experienced the horror that is known as “in-flight wifi!” Some airlines don’t even bother with this particular “perk” and others charge ludicrous amounts for their agonizingly slow connections. Despite the airlines’ yearly promises of significant improvements, this market just doesn’t seem to be getting any better. Will passengers ever get any work done while flying? Let’s take a look at the state of in-flight wifi and keep our fingers crossed.

Wi-fi isn’t yet offered on all airlines, and for good reason. Gogo (the company that currently provides internet connections for the vast majority of airlines,) admits that it’s not very cost effective to implement. Not only is it expensive, but a plane must be decommissioned for up to 3 days in order to upgrade and begin offering internet service. Most airlines can’t take the financial hit of one of their planes being down for 3 days and not making any money. So, once a plane does get outfitted for wi-fi, the customers get gouged when wanting to use the airline’s service. The costs are astronomical, and travelers still pay it since businessmen and women have no other choice when work needs to get done in the air. Then, once you pay the airline’s hefty fees, you’ll be treated to an internet connection slower than your dial-up was in 1992. And despite the slow connection, the prices have only gone up over the years, with no drastic change in connection speed. Once you do purchase a package, you have to keep your eye on how much data you’re using, too, unless you want to incur hefty overage charges.

Why it’s so bad

Gogo’s current set-up on most flights only provides a connection speed comparable to your cell phone. That sounds great until 50 people on the plane want to access that connection, turning the speed from “tolerable” to “slower than molasses.” Delta seems to be the exception, with about a dozen of their planes outfitted with gogo’s cheaper, 100 megabits-per-second satellite technology. Why aren’t all planes upgrading to newer and less expensive technologies then? The simple answer is that Gogo holds a veritable monopoly over this realm. There are literally no competitors in the major airline market because Gogo locked the big companies into 10-year contracts. Other wi-fi providers on the market such as Viastat and GEE offer the same satellite based connections that Gogo has on some flights, and they are substantially faster and cheaper. But, unfortunately, these companies can only offer their services on smaller budget airlines like Jetblue and Southwest right now thanks to BOGO’s decade-long contract with the larger airlines.

What to expect in the future

Satellite is the best in-flight wifi service available right now, but yet only about 6% of planes are currently using this technology. But, there is an end in sight for people who need more distraction than a magazine or a 4″ movie in the middle of the plane. Although there doesn’t seem to be any escape from Gogo and their monopolizing contracts in the near future, they are promising major overhauls by 2018. Their speeds will increase ten fold, allowing passengers to stream movies directly to their devices without any lag-time or irksome skips. The long-term goal is to have over 1500 planes outfitted with Gogo’s 2Ku in-flight wi-fi service by the end of 2018. If you need to get work done in the meantime, travelers can always turn to the budget airlines. At the time of this writing, JetBlue is offering their snappy satellite service for free on the entirety of their fleet. And Delta not only has multiple flights that carry Gogo’s 2Ku service, they often have free wi-fi promotional deals, as well.

Gift Ideas for Your Valentine