I was lucky enough to score an interview this past week with Lauren Juliff, founder of Never Ending Footsteps. She is a huge inspiration to all those who want to travel and face their fears. I was originally inclined to ask her for an interview because her story is so eye opening and uplifting. Lauren is originally from London, England and in 2011, she left her life in London for the life of a nomad. She conquered her fears and anxieties by purchasing a one way ticket to Dubrovnik, Croatia. Within the past two and a half years, Lauren has visited 45 countries. She is very experienced and has very useful advice for anyone who is about to go on a trip. She does not hold back in her blog and documents all the experiences she has had while traveling (good and bad).

After speaking with her, I had a giddy and hopeful feeling inside my stomach because she gave me hope that I, too, could one day travel the world. Here is part 1 of the interview that I had with her where she describes how she conquered her fears and what you should do before taking a long trip.

Warning: This interview will make you want to quit your job and buy a one way ticket to a different country.

What was your biggest fear about traveling?

I had many fears about travelling. I’d never travelled alone before, and never for more than two weeks at a time. I suffered from an anxiety disorder and irrational thought patterns were a huge part of my life. I believed that I wasn’t a strong enough person to travel. I thought that I’d hate it and be home within a few months. I was afraid that I’d be attacked or raped or killed. I was worried I wouldn’t make friends. I was concerned I wouldn’t be able to find anything to eat. I worried about everything you could possibly find to worry about!

What is one big piece of advice you can give someone who is about to embark on a long trip?

Don’t plan too much. I set off with very fixed set plans when I first left the UK and those first few months were the least enjoyable of my travels. I was making friends and wanting to travel with them but couldn’t because I had flights booked. I was arriving in places I instantly didn’t like but had to remain there for a week because of my onward travel plans. Without plans I’m able to change my plans whenever I feel like it. At the moment I’m currently in Vietnam when I originally planned to be in Costa Rica. I was missing Southeast Asia so I booked a flight to Saigon. If I’d had fixed plans, I wouldn’t have been able to do this. It was definitely the right decision for me to make.

What countries have you traveled to in the past year?

What are some things people should not do when traveling in a different country?

Be afraid to try new things. I was terrified when I first left to travel and I was frightened of anything that was different. I spent my first few months eating McDonald’s and sitting on my laptop and being too afraid to talk to anyone. The second I opened my mind and tried some new foods, chatted to locals and made the effort to get out of my comfort zone, my travels drastically improved.

What can people do to overcome their fears of traveling abroad for a long period of time?

For me, the best thing I did was to just do it and not think too much about it. I knew that if I hated travel I could just buy a plane ticket home and everything would be fine again. Likewise, being in control of every aspect of your life on the road can remove an awful lot of anxieties – you can choose where to go and what to do and who to hang out with and what to eat, without having to think about anyone else.

What were you doing before you became a full time traveller?

I was studying for my Masters in Physics, and working in a grocery store.

What is one of the best things about being a travel blogger?

What has been one of your best experiences while traveling abroad?

It would have to be the night I spent camping in the Sahara Desert. I watched the sunset and sunrise over the sand dunes, rode camels for several hours and spent the night sleeping under the stars. I saw the Milky Way for the first time!

What country do you recommend for everyone to see before they die?

Would you leave your life right now to go live the life of a nomad?

Next week will be part 2 of the interview with Lauren, where she will talk more about her experiences traveling abroad. Til then, you can read Lauren’s blog here: www.neverendingfootsteps.com. 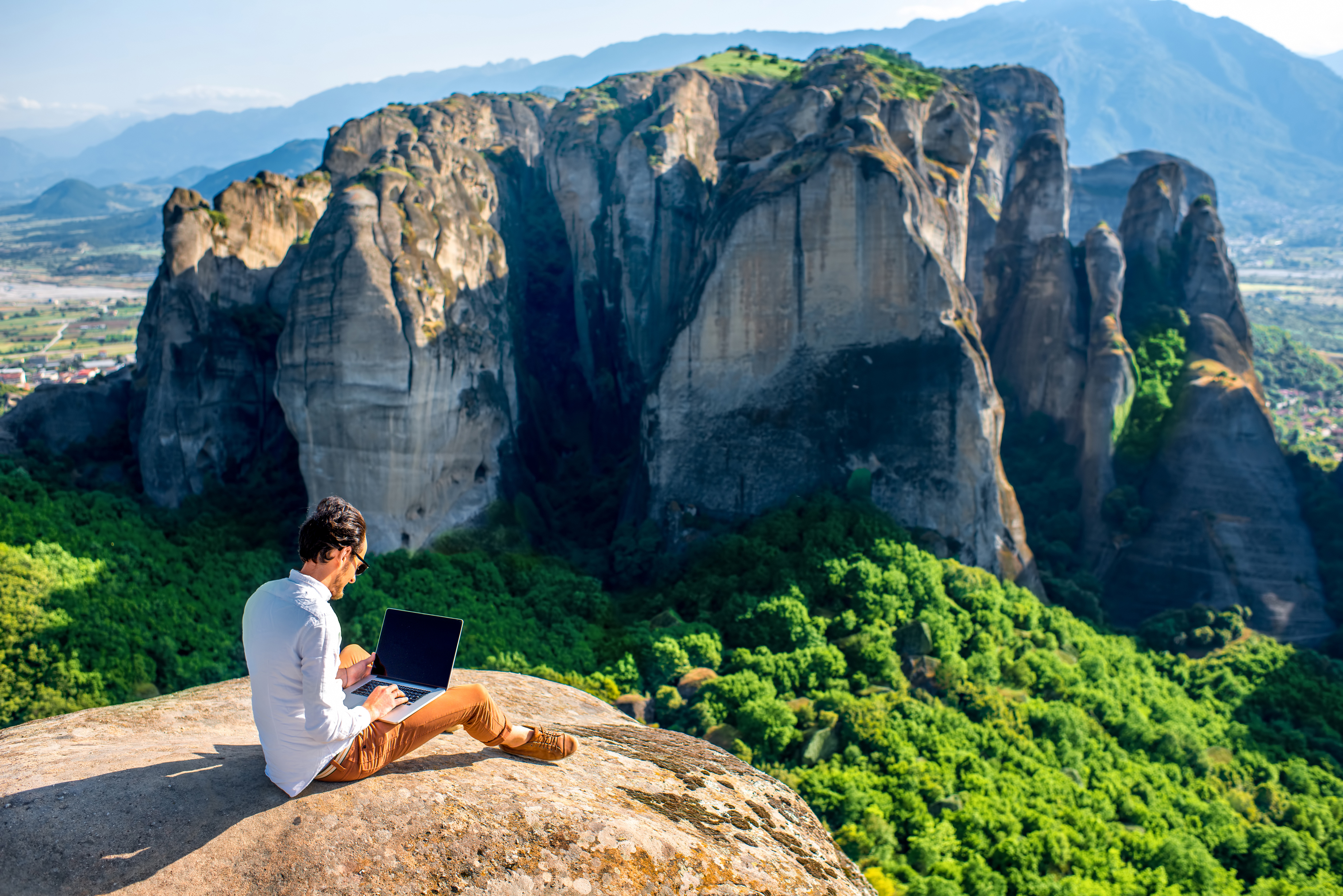 Travel The World On Your Couch With These Virtual Vacations

The Zen of Holiday Travel