The Worst Types of Airline Passengers 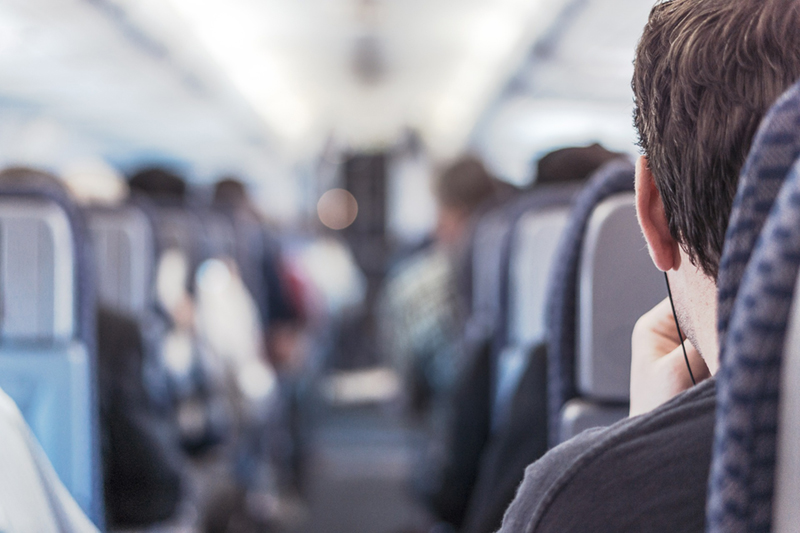 Every year, Expedia compiles its famous “Annual Airplane Etiquette Study” where they poll frequent flyers in an attempt to find the worst airline passenger grievances. We would never want our readers to be unruly fellow passengers, so we’re highlighting some of the worst offenders (in no particular order). We also include tips so you won’t have to worry about being one of the most hated people on your next flight.

Crowned as the number one most annoying type of passenger for the third year in a row, rear seat kickers can quickly derail a normal flight and reduce it to a flight from hell. Nothing is worse than trying to catch some shut-eye and continually getting jostled by an inconsiderate passenger behind you. Scathing looks and muttered comments have no effect on this selfish flier. With that said, when you board your next flight, be considerate of others: keep your feet firmly planted on the floor and avoid hitting the seat in front of you if you’d like to avoid the hatred of the passenger in front of you.

Some people love making connections with fellow passengers and cite it as one of the reasons they love to travel. And then there are others who wish to talk as little as possible to complete strangers. If you’re one who likes to chat, that’s fine if you find a fellow conversationalist. But learn to read the room. If a person has their headphones on and is facing the other direction, take a hint and keep the small-talk to a minimum.

Anyone who frequently travels using mass transit dreads this type of passenger. People who have pungent body odor or are too heavy-handed with their perfume make for terrible flying sardine can-mates. People who are sensitive to smell may get sick or get a migraine when cooped up with someone smelly in a tight space. Do others a favor and skip the cologne, but not the shower or deodorant, on the day of your flight.

Offensive food odors have no place in small airplane cabins! It’s pretty nauseating enough for some to fly, add in a whiff of tuna and it’s all over. If you must eat while in the air, avoid bringing overly smelly foods like ethnic dishes, fish or anything made with an overpowering amount of garlic.

We all understand that passengers would like to be as comfortable as possible during flights, but not when it’s at the expense of someone else’s comfort. If you’ve ever had to fight someone for the armrest on a flight, then you completely understand why 34% of people polled detest the dreaded “armrest hog.” If you have a middle seat, that does not entitle you to both armrests that flank you. Be thoughtful of others and don’t take up more space than your seat and one armrest.

As the second most hated passenger, inattentive parents annoy over 57% of poll respondents and for good reason. No one wants to deal with other people’s children when they’re already stressed from the hassle of flying. It’s understandable that children will sometimes cry, but when kids are being obnoxiously loud or rude to other passengers or running amok, that’s inexcusable. If you’re traveling with your children, make sure to reign them in if they’re getting out of hand and always keep an eye on them.

Being loud always equates to people disliking you when you’re trapped in a tiny space together. We get that you love your music, but other fliers probably don’t. Nor do they want to hear your loud conversations. A lot of people like to sleep or get work done while they’re flying so keep your music to a decent volume and your talking to a minimum to avoid disturbing others.

Excessively drunk people aren’t fun in any situation let alone on a cramped flight. Between the obnoxious behavior and the stench that emanates from inebriated people, it’s not surprising that they wound up on the list of terrible passengers. Having a few drinks to get the edge off isn’t frowned upon, but try not to cross the line from nicely buzzed to blackout drunk.

Although we all want to be comfortable, there’s something irritating about the person who reclines their seat as soon as the flight takes off. If you must recline your seat, be courteous and ask if the person behind you minds, or only do it halfway.

This guy has a bladder the size of a pea, but yet booked a window seat. So, naturally, you have to be disturbed every 25 minutes so he can run to the john. If you know you have bladder problems, book an aisle seat with a convenient location to the restrooms.